Henley Dragons first and foremost are a Premier League Racing Team.  We complete across the country in the Dragon Boat Associate League.  We are comprised of members who like to race, but so also social members who enjoy the team sport, want to keep fit and have a truly wonderful social life.  We train twice a week on Thursday evenings at 7pm and Sunday mornings at 10am.

We have members of the team who have competed Internationally for Team Great Britain which is testament to the opportunities available and the coaches we have in the team. 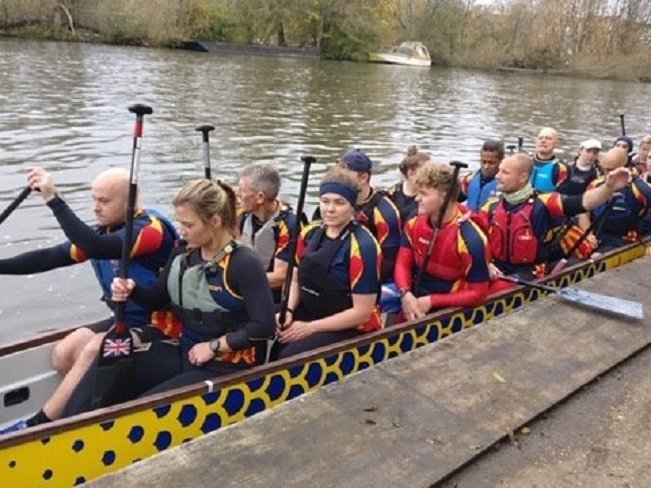 Henley Dragon Boat Club officially formed in 1991. Of the founding members all those years ago, two – Derek Blincoe and Geoff Pope – are still active members of the club today. Here Geoff tells us how the club was formed as one of the first Dragon Boat clubs in the UK.

‘Although 2001 was officially the 10th Anniversary of the forming of Henley Dragon Boat Club, the story began 3 years before in 1987.

As regular participants in the Wargrave & Shiplake Regatta, it was at this event in August 1987 that we first met Mr Oliver Cock. He is better known to most people in the Dragon Boat world as one of the prime movers in introducing Dragon Boat racing to the UK.

After much persistence we finally agreed to get involved and we competed at the 1st National Dragon Boat Championships under the W&SR banner, drawing people from the various dongola crews at that event. The event was held on the Serpentine in London, and with an all male crew, we qualified on the Saturday prior to the National Finals on the Sunday.

The following years we spent racing as a fragmented group, only coming together at each event if we could raise a crew.

After 3 years those of us still involved decided to have a meeting in the Eyot Centre club room, and Henley Dragon Boat Club was born. Our first season as a club was a disaster with no boat to train in and we almost folded. It was obvious that we needed a boat so a fund was made up of donations from group members and a loan from the Steve Fairbern Trust. The boat we still use for training was purchased in kit form from Chris Hare.

Although there have been many changes in personnel since then, the commitment to the success of the Club still remains. Through its efforts we have competed at high levels Nationally and taken members to International status.’ 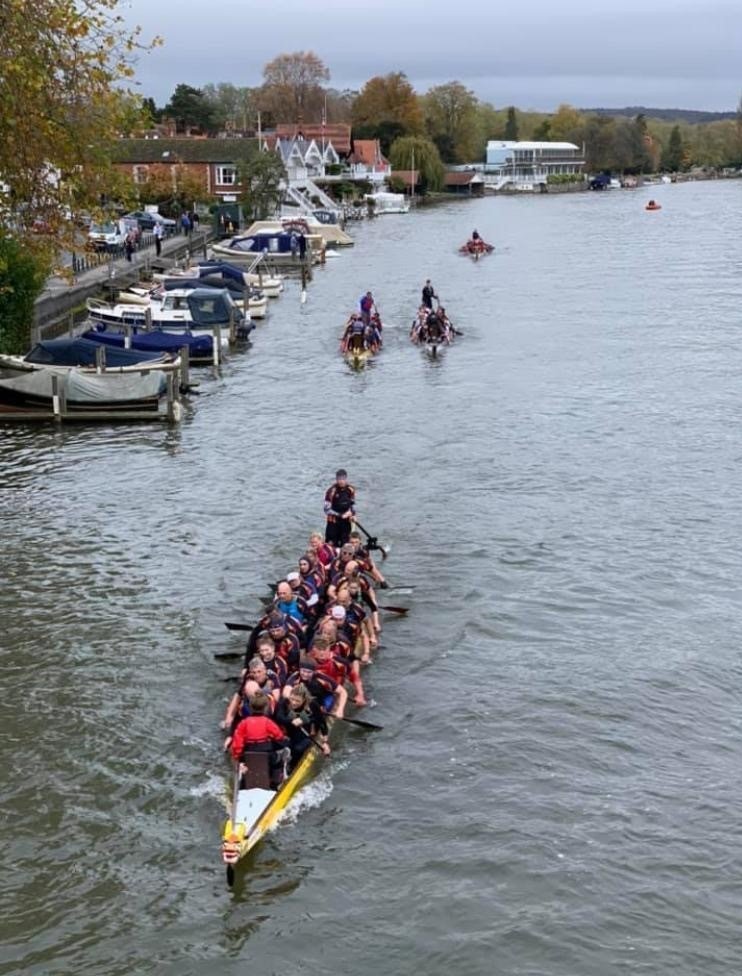 The club continues to evolve. In 2003 the Henley Dragon Boat Club voted to merge with the Eyot Centre. The Eyot Centre focused mainly on canoeing, kayaking and introducing the Henley youth to watersports. The dragons joined the Eyot Centre campaign to raise money to build the new facilities which was finally completed in 2008. The club has come full circle; people initially interested in dragon boating compete in local regattas such as the Wargrave & Shiplake Regatta.